Trading is not open right now 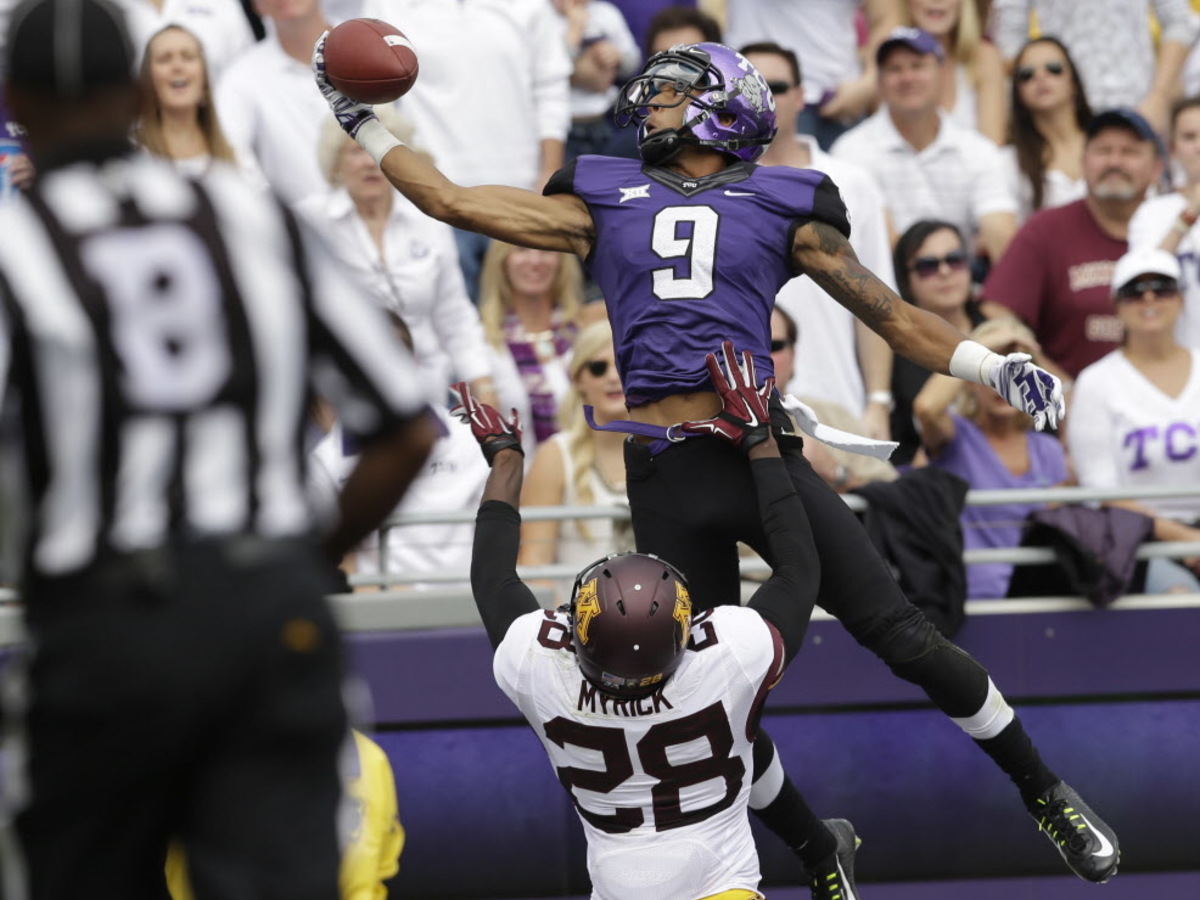 Having been spoiled in recent years by the ridiculous surplus of talented receivers, this crop of pass catchers appears to lack in comparison. If the 40 yard dash times are any indication, this group isn’t one filled with burners. The average receiver forty time of 4.56 at this combine was the slowest in recent memory. Despite that, there were some receivers who likely made themselves a good amount of money this past weekend. Here are some of the combine “winners” at the receiver position and what I would expect their draft stock to look like the rest of the way.

Will Fuller: In a draft lacking top end speed, the Notre Dame product showed he had plenty of it. Fuller blew by the field clocking in a 4.32 forty which was tops amongst all receivers. He also had solid showings in drills such as the vertical leap and broad jump which showed off his top end explosiveness. Right now Fuller’s price on PTD reflects him being selected in the middle of the second round, but after this performance there is room for growth.

With his ability as a deep threat, some have thrown around a DeSean Jackson comparison for Fuller. However, some teams will have questions about his slender build and that he is more of a body catcher (his smaller hands could also raise concern depending on the organization). Despite that, Fuller’s performance could push him towards the end of the first round with the lack of true deep threats in this class.

Josh Doctson: Are you into receivers who were highly productive in college that also display some freakish athleticism at the combine? If so, Doctson may be the one for you. Checking in at 6’2” 205, the TCU wideout ran a 4.5 forty, posted a 41” vertical, and had a broad jump just short of 11 feet. In short, he made a decent chunk of change with that showing. Some had questions concerning Doctson’s quickness but running faster than expected certainly helps him there.

If you watch Doctson, one thing you’ll notice is his willingness to just go up and pluck the ball out of the air. It’s a skill top receivers such as DeAndre Hopkins have showed in recent years. The current price on PTD reflects that Doctson will be selected either at the tail end of the first round or early second. After that showing, I’d guess he won’t be around to that point especially with two receiver needy teams (Vikings and Bengals) picking at 23 and 24.

Sterling Shepard: At this point, Shepard appears to be the peoples champ at receiver as analysts aren’t exactly shy when it comes to singing his praises. During his Oklahoma tenure, Shepard established himself for his route running and ability to win on the outside and in the slot. While many saw him playing on the inside at the next level, his forty time would be an interesting indicator of potential roles.

He managed to post a time of 4.48 which was impressive considering many thought times in the 4.5’s would be more realistic. With a price on PTD that is reflective of an early third rounder, Shepard could be one of if not the top bargain available at the moment. Having earned comparisons to Randall Cobb and Tyler Lockett with the ability to create separation, I’d be shocked if was still on the board past the top 40 or so picks.

Players in this article